This has been a rough week.  I have been sick.  I actually did start to get better, and then went ahead and got sick again a few days later.  During one of my healthier days this week I decided to take a little trip to Rush County to see if I could find some of Andrew’s family who are buried there.  I also thought I might spend some time at the library there.

I got in the car and started going through a book of CDs that Andrew found in the basement.  I don’t know how long they had been down there, but I was so excited to come across one of my favorite Eels CDs, Shootenanny!!  GREAT Album.  It was Saturday morning, which made the song (Saturday Morning) that much more enjoyable for me.

Just as a side note.  Only the Eels could make a song as creepy as Restraining Order Blues sound so pretty.  If you haven’t heard the album, I’d highly recommend it.

My first stop would be McCarter Cemetery.  This cemetery is literally in the middle of nowhere.  I spent about 20-30 minutes there and didn’t see a car the entire time.  I did, however, see an Amish horse and buggy. 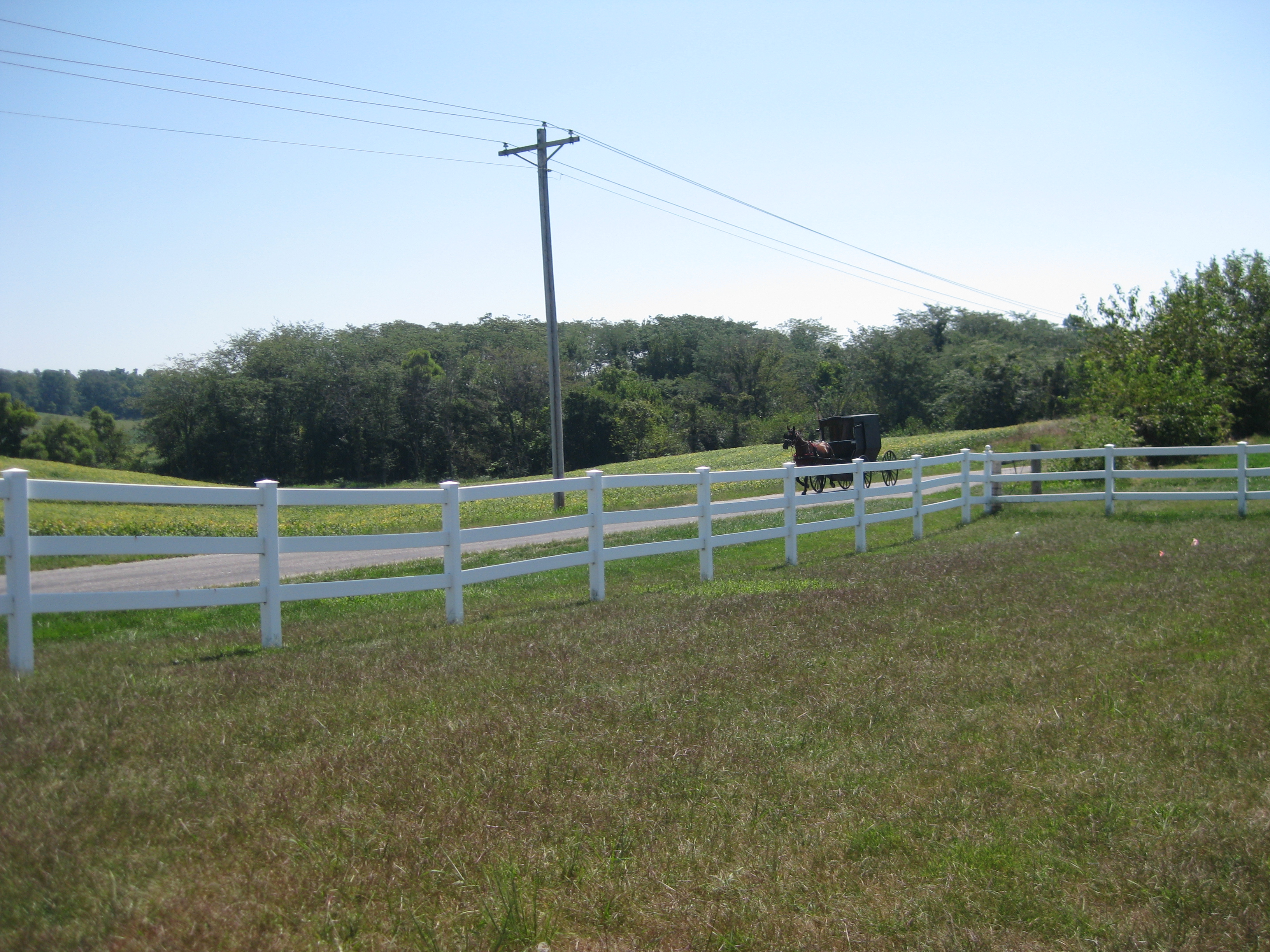 The only traffic I saw at McCarter Cemetery

The closest town is Milroy.  Not much going on there, either.  But honestly, this was a beautiful cemetery.  It was so quiet with a beautiful view of barely-rolling hills, with little one lane roads cutting through the land.  I could have sat here all day. 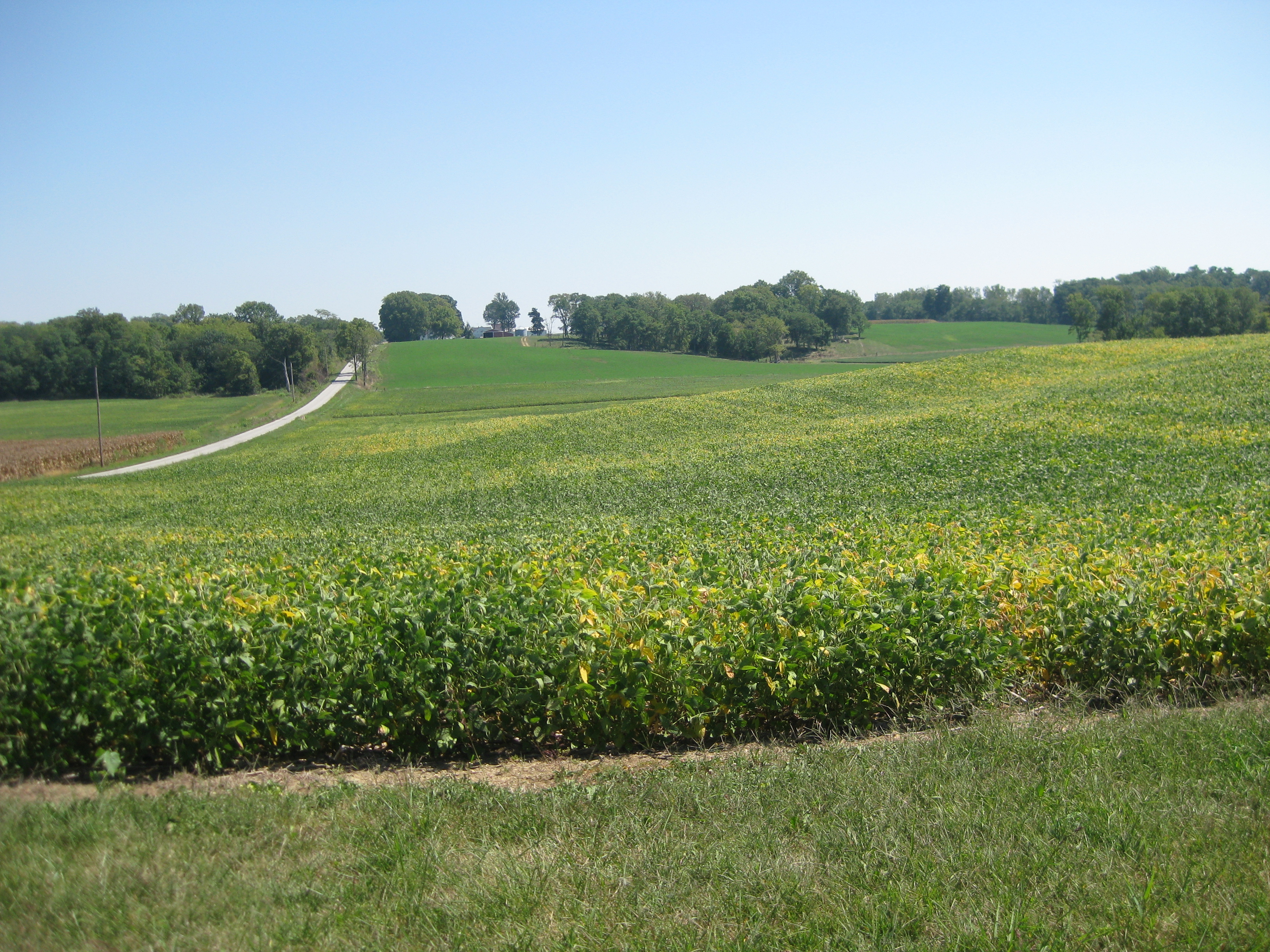 Luckily, this was a really small cemetery and I found Andrew’s family pretty quick.  His Corey family is buried here, along with some of his Boring family.  In fact, his gggg grandmother lived to be at least 100 years old.  The gravestone said 1776-1886 100 years.  So someone was bad at math, but he’s got some healthy genes either way.  Supposedly this Corey family is of relation to Giles Corey/Cory.  He is the man who was pressed to death by heavy stones during the Salem witch trials.  I have yet to get that far back in the history, but if I have to make a trip out to Salem, so be it.  I LOVE Salem.

I found a nice little spot under a tree where I could sit for a bit and relax.  I just sat and listened to the wind blow through the dying corn plants behind me.  It hasn’t rained here in about 3 weeks, working on 4.  Everything is brown.

I believe that the tree I found was also the spot for some sneaky corn-stealing squirrels to munch down on their stolen goods. 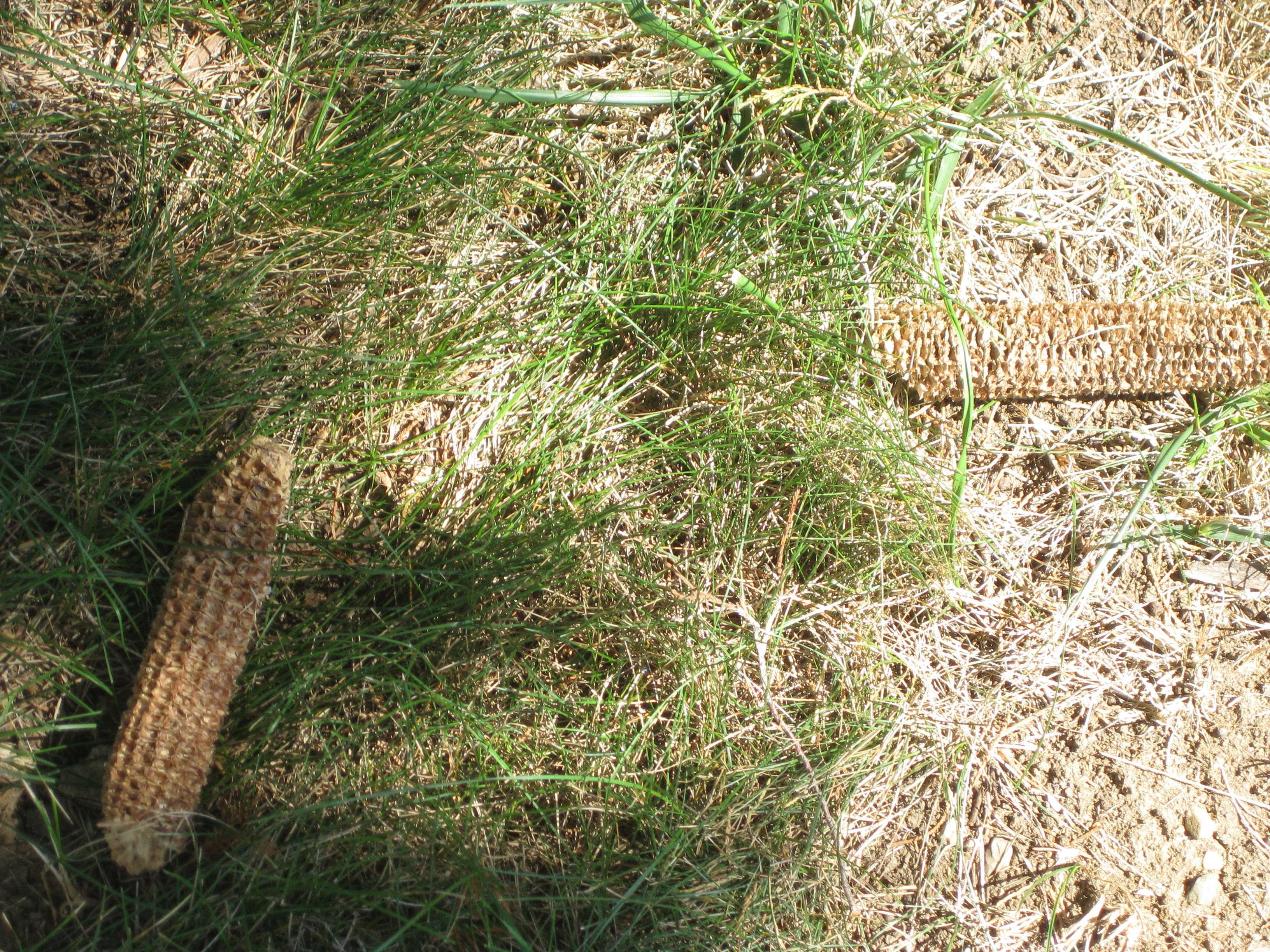 I left my peaceful little world of McCarter Cemetery and headed for the big city, Rushville, Indiana!  Andrew also had family buried here.  His grandmother’s maiden name is Boyce, which I have since learned was Boys about 2 generations before her.  I knew that this Boys family was buried in East Hill Cemetery in Section 3, thanks to findagrave.com.  However, this was a MASSIVE cemetery.  I drove in and was like, “whaaa?”  I found section 3 fairly easily, but even this section alone was massive!  Miraculously, I managed to find the Boys family in less than 3 minutes!  They were right by the road.  I got out to take a picture. 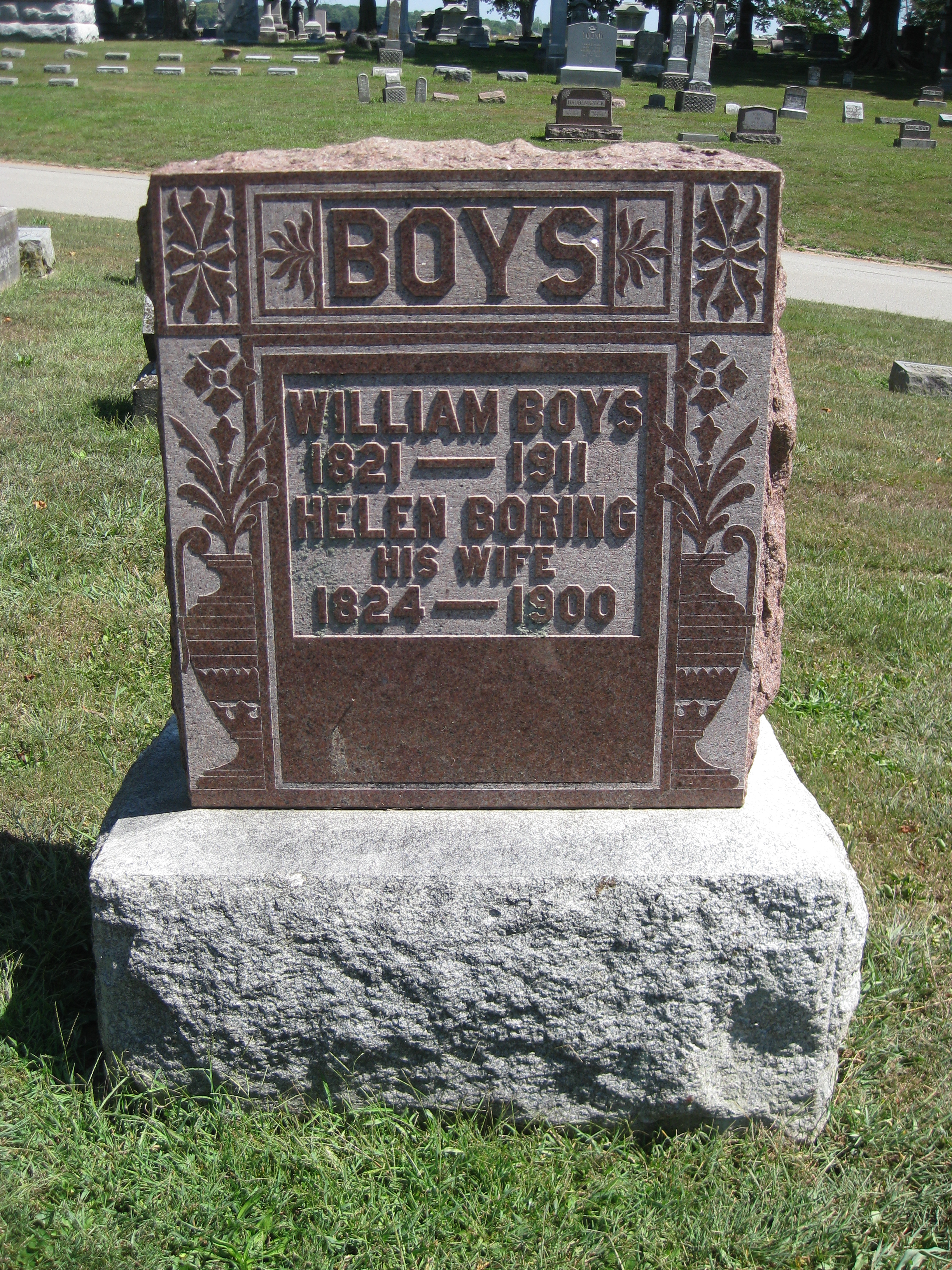 Now, sometimes I have an occasion where I think to myself, “If someone was paying attention to what I’m doing right now they would think I was insane.”  I mean this about life in general, not necessarily grave hunting.  There have just been these moments in my life that are like that.  Sometimes when I see someone who I think is acting very strange, I just have to remind myself that I have also had these moments, and there’s probably a very logical explanation.  While I was hunting for the grave I noticed a man and woman in the same section.  The woman seemed normal, but the man seemed frantic.  They had a glass that they kept filling in some water pump and taking it back and forth to a headstone, from what I could tell.  He was dressed nicely, as if he had just left church (It was Saturday) and his lady friend was in like a black cocktail dress.  When I finally got close enough to hear what they were saying.  The man was raving about how great the stone was.  And how when he died he was very interested in this certain type of stone.  He was wild-eyed.  He moved at twice the pace of the woman he was with could move. I didn’t make eye contact.  I was kind of scared of him.  But maybe I was just hungry.

I was getting hungry to the point of light-headedness and decided I should find somewhere to eat.  This is one of my favorite things to do on these little excursions.  I love finding new small-town eateries.  So I pulled out the trusty iphone and searched for restaurants in the area.  I could only find four.  One was Hardee’s.  I don’t think so.  One was Mexican.  Not in the mood.  One was Pizza King.  I can’t eat a whole pizza alone.  And the other was a little Corner Cafe.  That sounded perfect.  I parked, and walked to the door.  CLOSED?!  What?  It was barely after 2!  I thought I would drive around and see if I could find something that might have not shown up on my phone.  I passed the library and thought I would check the hours.  I was pretty sure they were open till 5.  I popped by the sign and, what?!  They closed at 3!  Rushville, you’re killin’ me!  This is the part where I gave up.  I decided to hop on SR 52 and head back to Indy.  There would be a restaurant somewhere along the way.

I was right.  I found a Dairy Queen type place where I could get some chicken fingers and ice cream.

I hopped back in my car and headed home along 52 which is a lovely drive.  A country road interrupted by cute little towns every few minutes.

The Eels accompanied me to Rush County and Coldplay brought me home.  It was a lovely drive on a lovely day.