On our last morning in Scranton I was ready to really use that Google Map I had created for the trip.  On the map I included every address from my ancestors that I could find.  Usually you can find addresses in cities for census records from 1900 and later.  I was also able to find a lot of addresses in the city directories.

Andrew played navigator as I drove (have I mentioned that Andrew is a saint?) and he would use the map to lead me from one house to the next.  I would attempt to park at each house and one of us would snap a picture (and imagine life in 1900) and then I would enter into my phone the address.

I decided at one house to start entering the houses in advance and this proved to be a mistake, mostly because it seems someone is trying to erase any history of my family in Scranton.  We drove down an amazing street in the Dunmore area of Scranton with beautiful houses.  I thought, “Yes!  My family was rich!  And somehow I am entitled to this house!”  So as we moved slowly down the street and read the addresses I realized there was one missing.  And there was an empty lot.  Crap.  Well, let’s move on.

We drove to a neighborhood a little less nice, but still some cute houses.  We drove down the street, Andrew announced the address, and I drove past another….you guessed it, empty lot.  There was a house on either side!  In fact, it was the ONLY empty lot on the street.  This literally happened 5 times.  Almost the same situation every time!  Both houses on either side were there….and then there was an empty lot.  The one that was NOT like this situation was the street that was completely removed and taken over by a warehouse.

By the fifth house, obscenities were coming from both Andrew and I.  And then Andrew said, “Someone is trying to erase your family.”  Oh haha….

And then I thought about it…

I did find a few houses though.  Here is what I found: 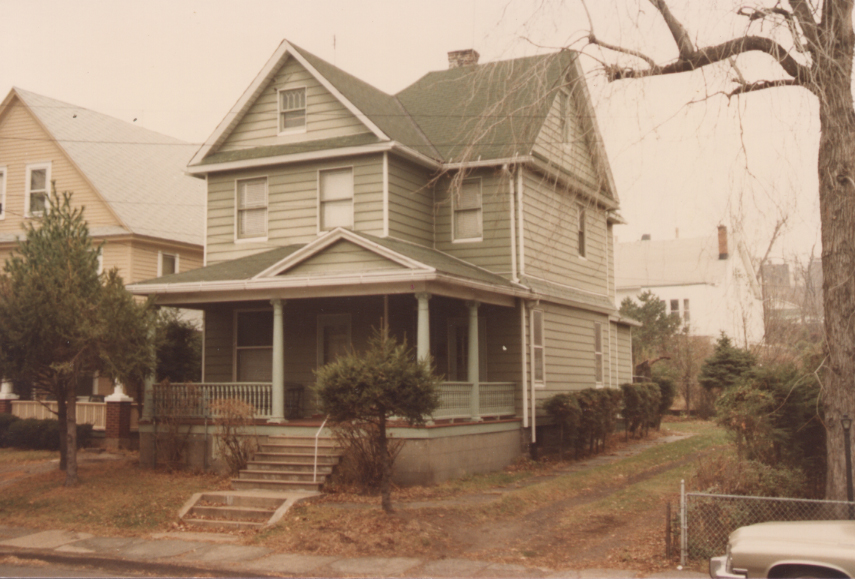 116 Oak Street. I found this picture in an old photo album of my mom's. I am guessing this was taken sometime before 1955. 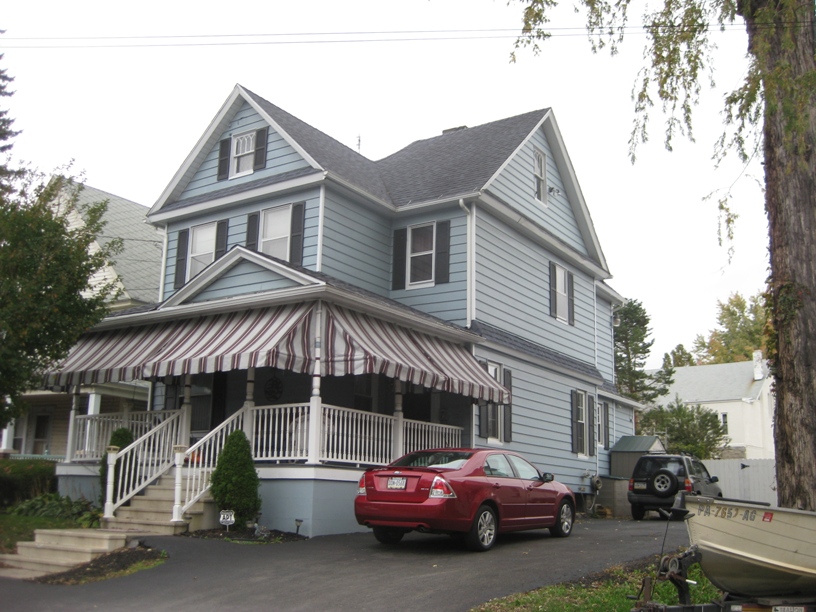 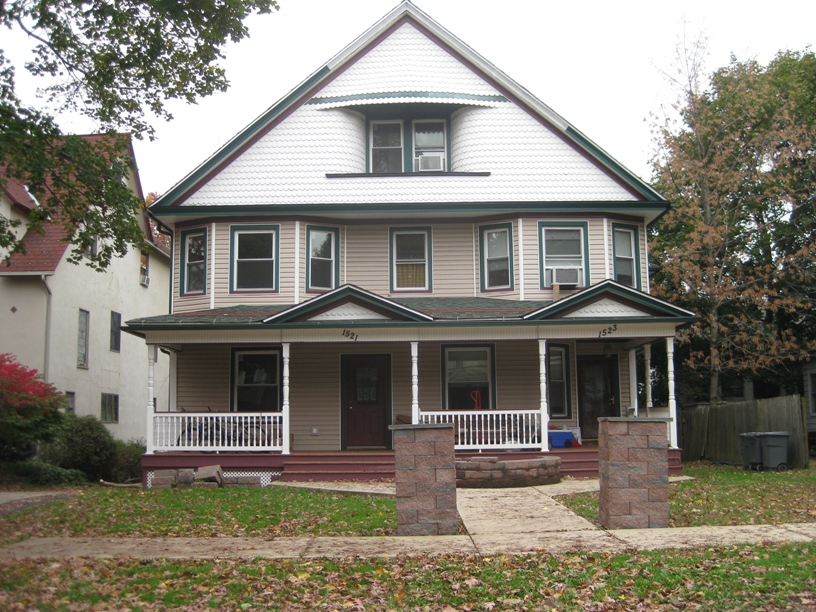 According to Zillow.com the last time this house was sold was in 1944 for $46,500. I am wondering if it was always multi-family. They could have definitely used the space as Chick, Sr. and his wife had 7 children. 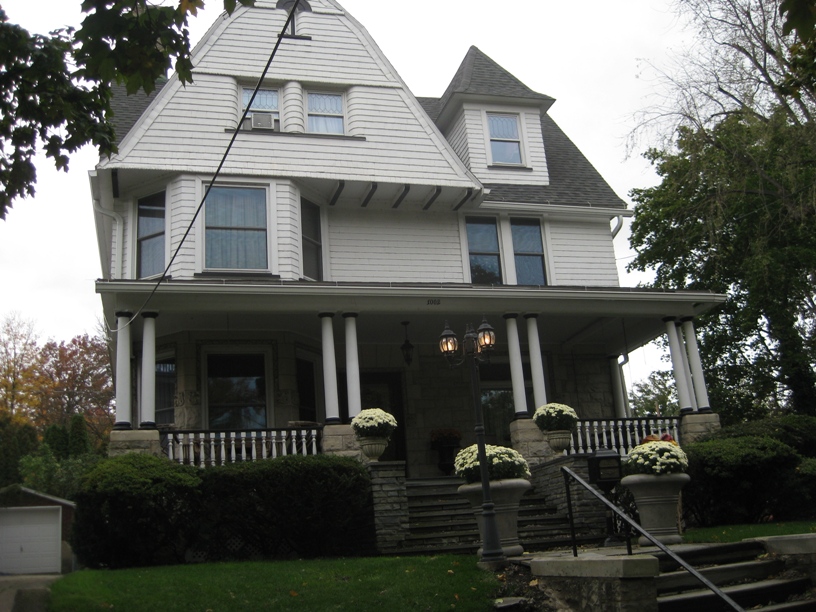 1002 Columbia. This is the home of my great grandmother Marion and her father Bascom Taylor Lacey.

Newlywed home of my grandparents, Charles and Lois (Smith) Kinsley 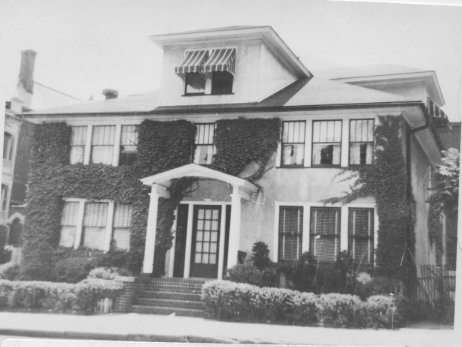 1107 Lafayette Street - This is what the home looked like in 1943, right after my mother was born. This is the home where my grandparents lived right after they married and had my mom. It was really pretty back then. 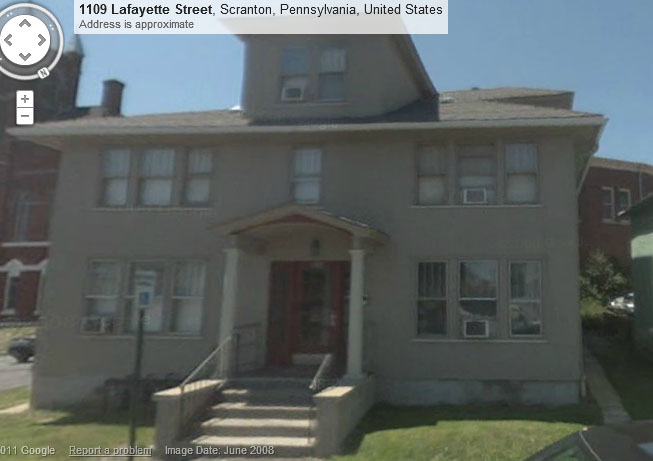 It says "1109" but it's actually 1107 Lafayette. Unfortunately we didn't see this one in real life while we were there, but I found a picture of it when I got home on the Google maps. It's not looking so hot these days. It seems a lot has been removed all around it. Sad.

Despite seeing a lot of empty lots, we were able to find a lot of other homes that made it worth the trip.  I love seeing the old and the new photos together.  Now I’m gonna have to rummage through some more pictures to see what I can find that I might have missed previous to this trip.

I think a summer trip to Scranton might be in order.  Right?  Yes…I think so.

I have one other friend who is really into genealogy.  We’ll call her J-Wow.  Her love for geriatric hobbies goes well beyond my own.  She also loves to knit!  She even owns a spinning wheel!  (what??)  Luckily this friend is in town, and sometimes it’s nice to have someone with me to go hunting for gravestones, or scavenge through the state library.  She is usually up for such adventures.  In fact, she has recently gotten very interested in old pictures.  Not just her own, you see.  But everyone’s.  I think this is fabulous.

J-Wow was talking the other day about this new focus of hers, and how she was really getting into her own family photos.  I, on the other hand, was lamenting my total lack of any family photos.  I mean, don’t get me wrong, my mom kept scrapbooks like a champion, but if you’d look at the shelves of pictures you would think that nothing had happened before she was born.  I would LOVE to discover some rare tin-type of my great-great uncle in his army blues.  So yeah, I’m a little jealous.

J-Wow’s plan is really great though.  She is going to collect photos that are rare and in decent conditions, saving them from the trash cans they will surely find soon, and post them on the internet for family members to find.  This will be a much easier process with any names on the back, or information in general.  I think she is doing an interesting and helpful thing for those of us out there who have NO idea what our family members looked like.

So here’s my next and final thought.

I love old timey pictures, but sometimes old timey people creep me out. 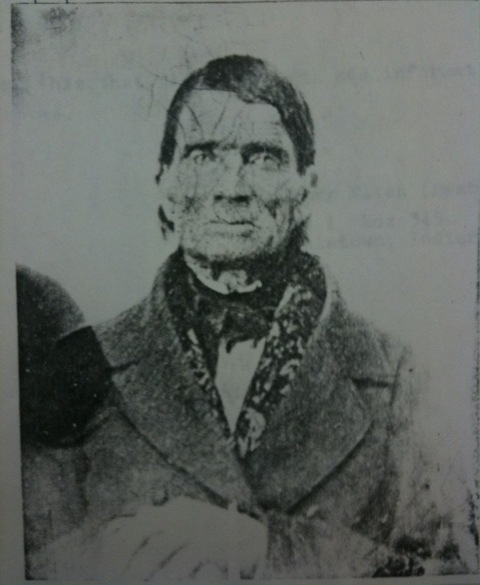 This photo of Daniel Heaton (d.1863), is located in the family history at the Indiana State Library.