I had an amazing two-week fall break.  Around these parts fall is kind of awesome.  Honestly, I hate to say that because I despise winter with absolutely everything in me, and fall is really just PRE-winter.  But early fall is generally very pretty and very comfortable.  Jacket weather.  You understand.

I was absolutely delighted to take this drive out to the east coast where the rumors of an even more amazing color show on the trees was promised.

The goal:  Drive from Indiana to New York City.  Spend three days in New York.  Head to Scranton, Pennsylvania, and get crazy with some dead ancestors.  This trip was gonna be awesome.

We left so early, 7am-ish.  I have no idea how it felt like we were driving a lot at night.  I wonder if Andrew feels this way.  I should ask him.  Nothing super exciting about the drive, but a few observations:

This is all very whiny so far.  Let me explain right now that my drive out was the least nice part of the trip.  It gets better.

We are lucky to have friends that live all over the place and don’t seem to mind when we want to crash in their homes and take advantage of their intriguing locations.  One such friends, is Amsters, who you may have remembered from previous posts.  She lives in Riverdale, a lovely little neighborhood in the the Bronx.  Let me tell you what I used to think about the Bronx.  I thought if I went there…I would probably die, quickly.  Such horrible misconceptions.  It is a lovely place and there’s so much amazing history as well.  So we thought we should probably go see some of that history.

The first stop was Hastings-on-Hudson, an adorable little town on the Hudson River.  Amsters loves driving up on the Sawmill Parkway because it reminds her of Don Draper, and her love for him, as if she ever forgets about it.  We got there pretty quick and stopped into Antionette’s Patisserie.  We needed food and coffee.  Somehow, in my desire to find us a place to sit, I failed at getting both.  I ordered a drink…without caffeine?!  What on earth is the point?  The worst part was that I just really didn’t understand what I was ordering and the name sounded good.  It was, in effect, a hot milk.  I’m pretty sure that’s all it was, maybe with some sugar in it.  Then I pointed out a muffin I wanted, and said, “I want that, a chocolate chip muffin” and then ran outside and proceeded to speak to a man that I believe was actually Fareed Zakaria.  I am still trying to figure out if he owns a home nearby.  I grabbed an extra chair from Fareed’s table (he wasn’t using it) and then patiently sat and waited for my tasty coffee drink (which turned out to be sugary hot milk drink) and a chocolate chip muffin (which turned out to be a prune/fig health food granola dry grossness muffin).  Everyone else’s breakfast was great, so I kind of just mooched.  I’m glad people love me and accept me for who I am, and what I take from their plate. 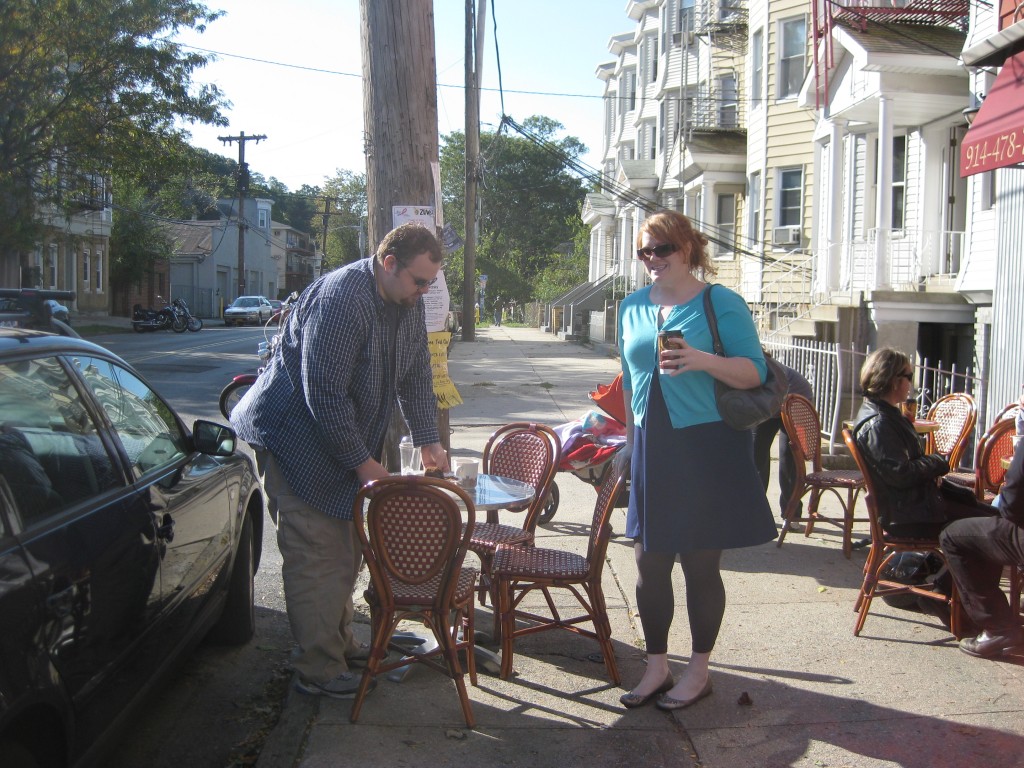 We finished our food and continued into Tarrytown.  I was told by a friend of mine about how great the Lyndhurst Mansion is, and I should probably go.  So we did!  I was a little worried about it considering the website looks like it was made in my Freshman year Intro to Telecom class (which I took in 1998, if that tells you anything about  the site).  You know, it was pretty awesome.  Our tour guide was slightly less than awesome, however, and I think this really detracted from the entire experience.   The house used to be the filming location for the show Dark Shadows.  It was very gothic and very strange.  One of the most popular architectural concepts of the time was using faux-anything.  At least that’s what the tour guide said.  I’m starting to think she may have just been some wackadoo off the street with a British accent who sounded like she knew something important.  Anyway, she claimed that a lot of the materials were fake.  They used wood to look like stone, even though they could have totally used stone.  It was supposed to be fake.  We were not allowed to take pictures inside.  Here are some of the outside: 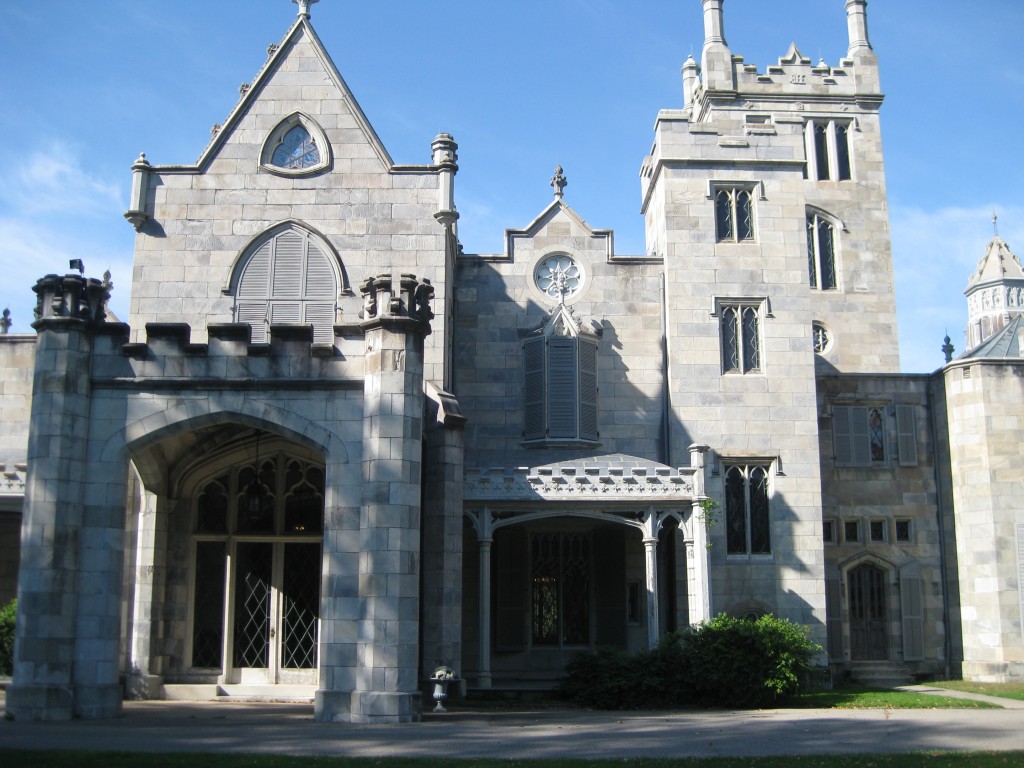 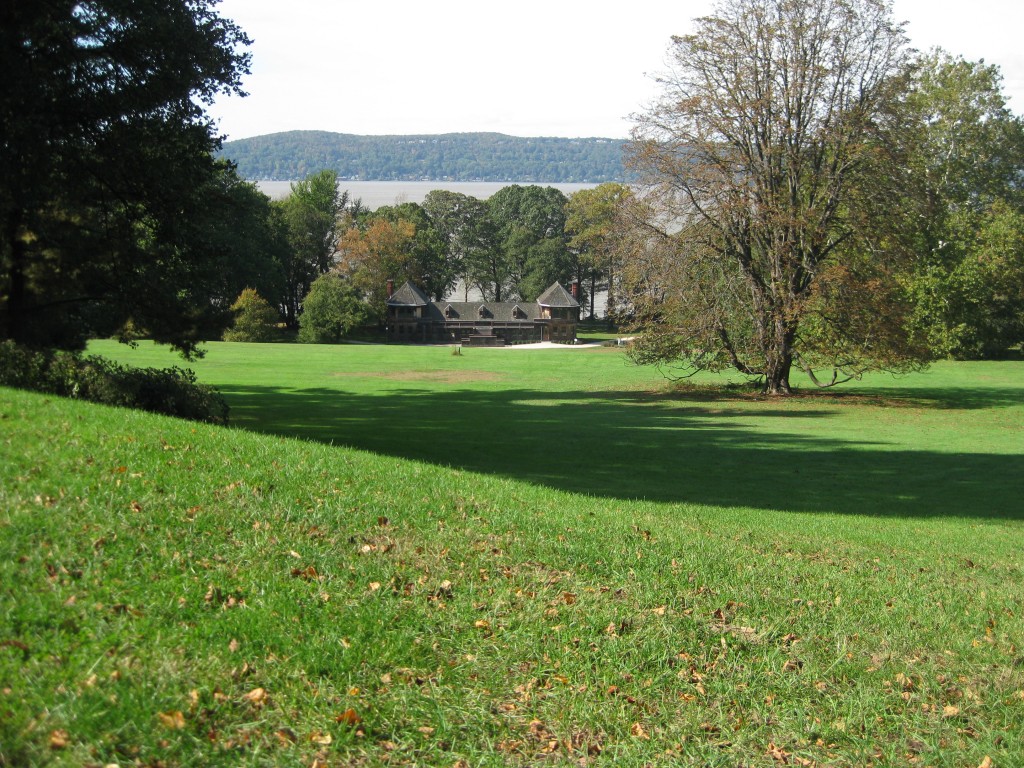 The backyard, overlooking the bowling alley and Hudson River at Lyndhurst Mansion

We then headed over to Sleepy Hollow Cemetery, which is the oldest cemetery in the state of New York (if I’m not mistaken).  It was a beautiful cemetery with a shockingly large number of famous folks buried there.  I saw the gravesite for Andrew Carnegie (which was a hoot for my students to see pictures of, because we had just learned about him in US History), Samuel Gompers, much of the Rockefeller family, and obviously Washington Irving.  During our entire visit I tried to envision the locations from the Disney film and where they would probably be here.  I did this very quietly, so that my husband and Amsters would not judge me.

We spent one night in Manhattan and then part of the next day.  We happened to be in town at the same time as some of our other friends who just happened to be in the city.  We all met up for a lovely evening of comedy at the Upright Citizens Brigade and then an evening on the hotel roof having drinks with an amazing view of the city skyline.  I have to admit, I love New York City.  Every time I have been I have had a very unique and completely different experience.  There are still about a million things I haven’t seen and would love to.

Other spots I got to see this time around which was new and amazing: 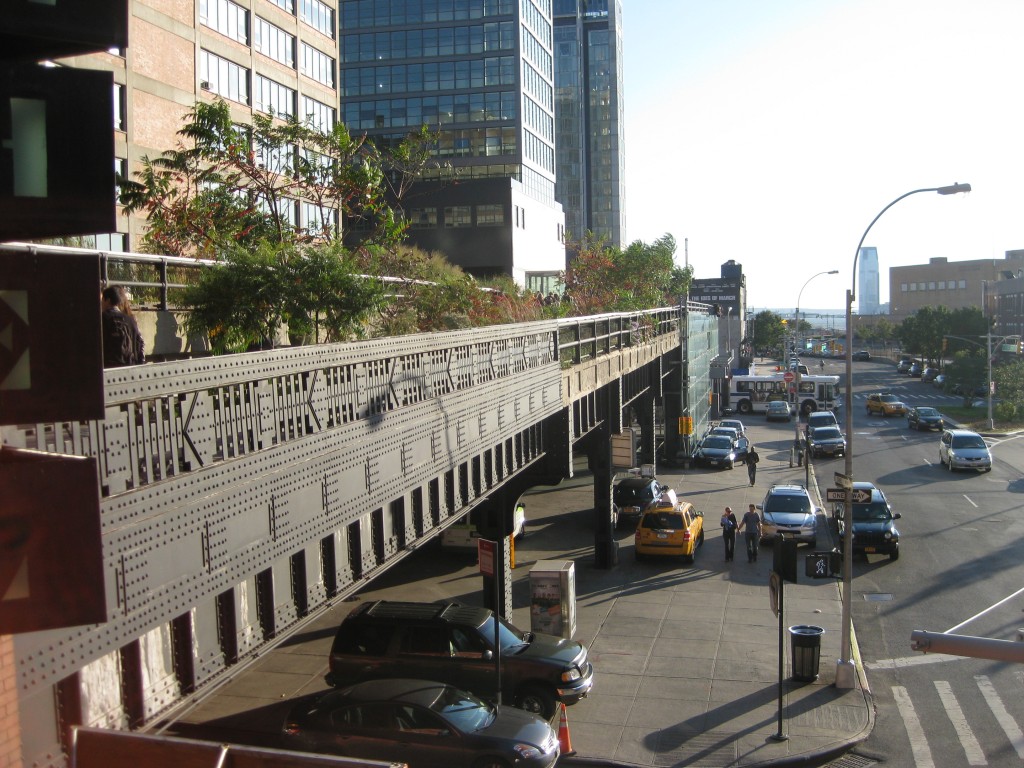 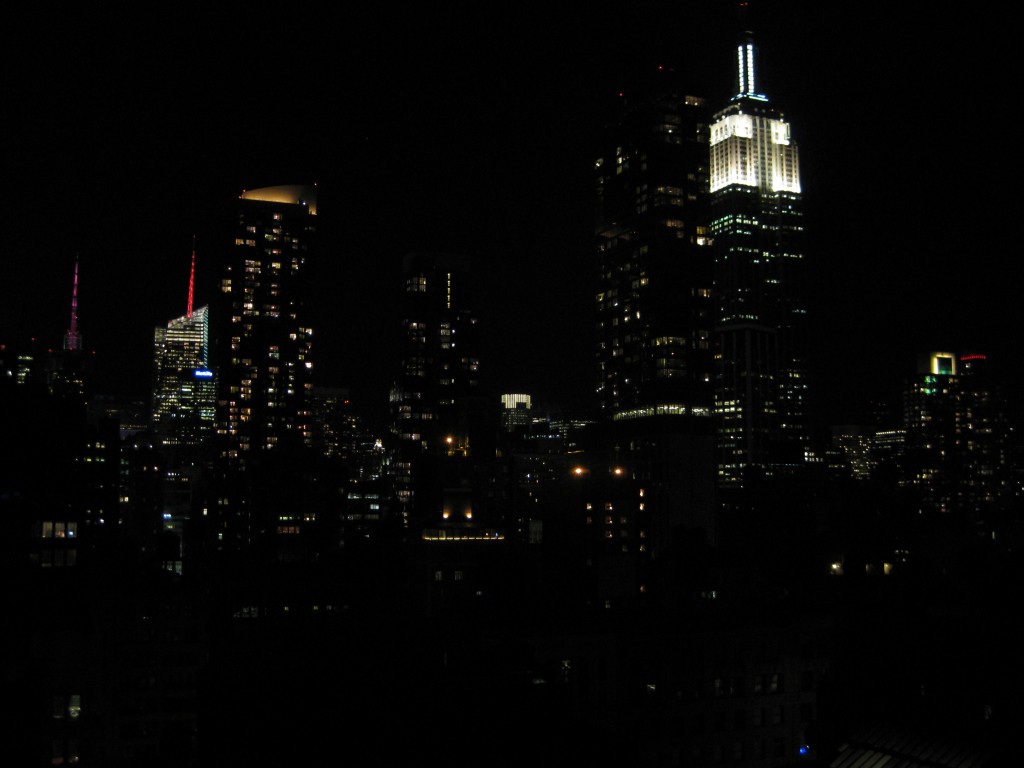 View from our rooftop bar location. Not too shabby.

We had one last visit to a couple of historic spots in the Bronx, but nothing family related, and we headed out to Eastern Pennsylvania, late at nigh so that I could get started early morning in Scranton.

The worst thing about traveling from New York to Pennsylvania in October in the evening….deer.  Suicidal deer.