Most of the time I think that my younger sister and I couldn’t be any more different, but we have a few very strange things in common.  We both used to have recurring dreams that involved tornadoes.  Mine were nightmares.  Hers were more fun, obviously.  We used to kick each other under the table during meals without even realizing it until we’d get yelled at for it.  We both enjoy playing “The Cleaning Game”. I won’t go into the specific rules of that one.  Another thing we have in common is our love for abandoned houses and ghost towns.    When I told her the story of Rumley, Ohio and how I longed to return to Shelby County and learn more about it, she was delighted, and wanted to come along as well.

Rumley doesn’t exist anymore.  There is a New Rumley, Ohio.  This incorporated area is known for being the birthplace of George Custer.  But Rumley…nothing. 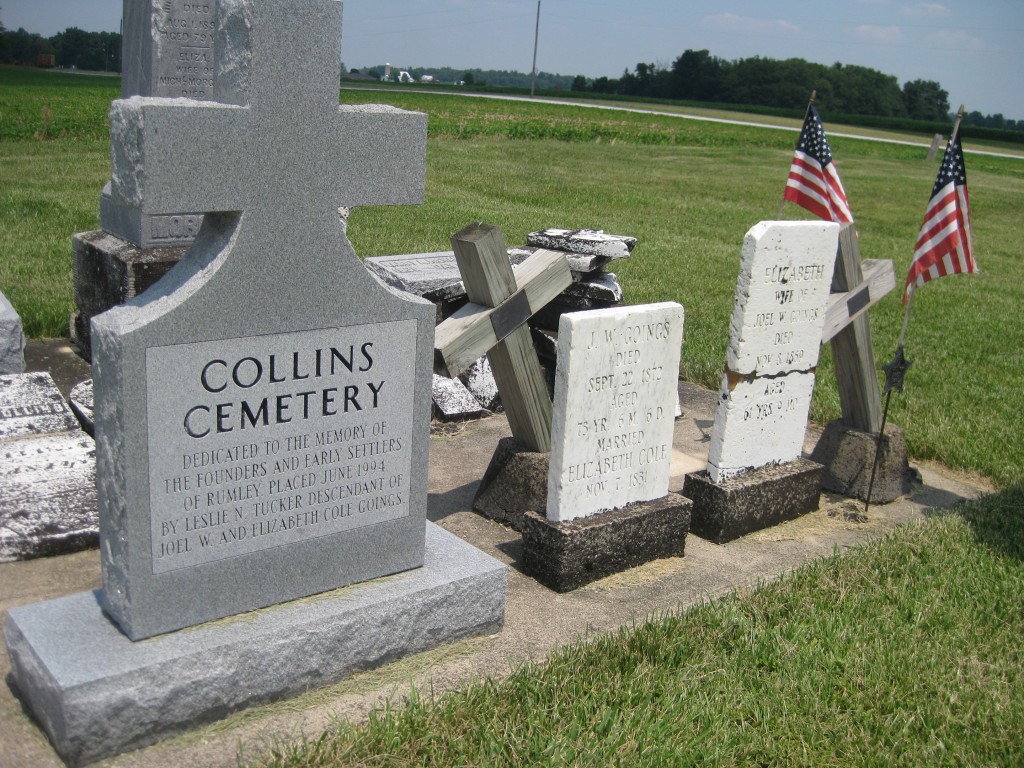 Collins Cemetery - in honor of the pioneers of Rumley, Ohio. This "cemetery" sits on a concrete slab in the middle of a farm's field along a barely traveled road.

Joel and Elizabeth (Cole) Goings had 11 children together.  Many of those children were born in Rumley.  They attended school here.  For decades they got married and had their own children here.  Suddenly, in the late 1860s and early 1870s the marriage records of the family were diminishing in Shelby County because everyone had moved away.

According to the reading I have done, it seems that many of those that lived in the black and mixed communities of Shelby County and Northwest Ohio were eventually run out of their own towns.  Around Rumley signs were posted warning of physical harm if Black residents didn’t take up residency elsewhere.  In Rumley this began around the 1860s, which was obviously a stressful time in race relations, right smack dab in the middle of the Civil War.

What exists of the town today is unfortunate.

Old Church. One of the only remaining structures in what was the town. 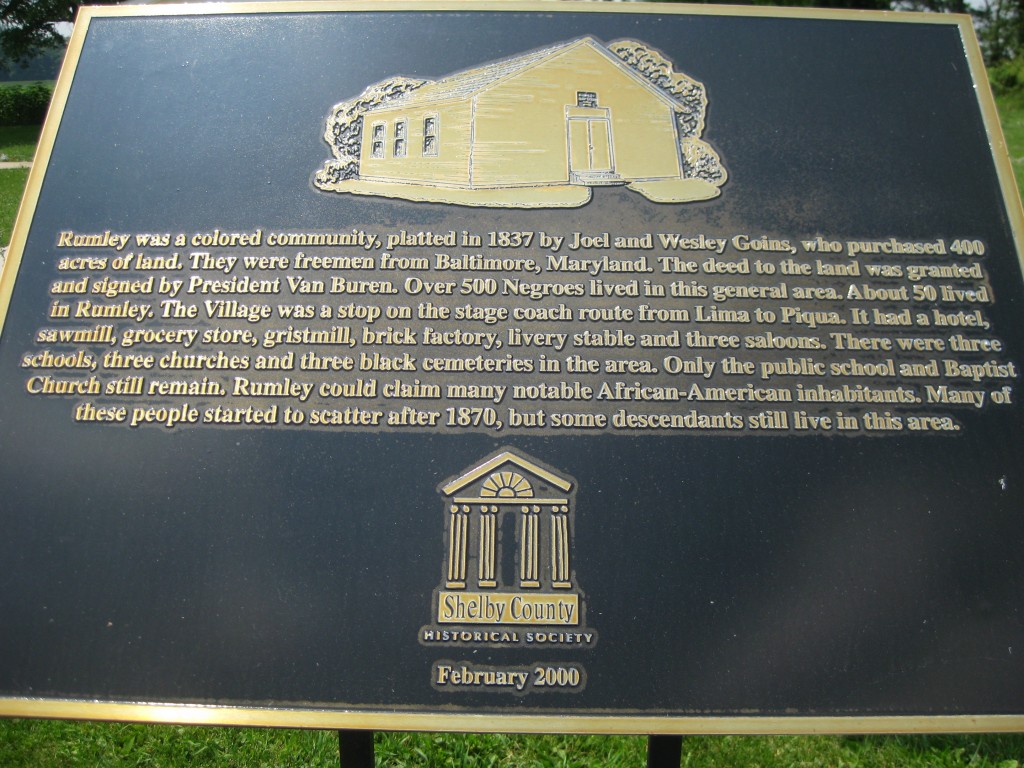 Informational plaque in front of the old Baptist church in Rumley.

And that’s about it.  A church and a cemetery on a slab of concrete.

My goal is to find out what happened to Rumley.  Did something happened that set off the racial tensions that lead to the mass exodus from the town?  This is something I am very interested in researching.   Maybe my little sister will come with me on my next trip.