Over the course of a couple of weeks after my summer trip to New York and DC I decided that I would create a Google map to identify important places in mine and Andrew’s family history.  This would be birthplaces and deathplaces (addresses if possible) and cemeteries mostly.  I had a fun time watching my map take shape and actually seeing the pattern of migration across the country.  I divided it into four different colors, one for my mother’s branch and then father’s, and then the same for Andrew’s side.  The reason I decided to put this together was to create something easily accessible for when we were out on a trip and had a little extra time.  This happened while we were in DC and I had a hard time finding a place I wanted to stop because there was no easy way to find all my important locations along a course from DC to Indianapolis.

Does this make me a nerd?  Potentially.

I used my fabulous Google map after my trip to Garst Museum to find homes and cemeteries in the area where I could find my peoples.

Andrew had  great great great grandparents who lived and died on Water Street in Greenville.  I drove past the address but it seems this house has been torn down and was replaced in the 1930s or 1940s.  There is a church still next door that seems as though it must have been there while that family was there.  I took an uneventful picture for Andrew’s mom along Water Street. 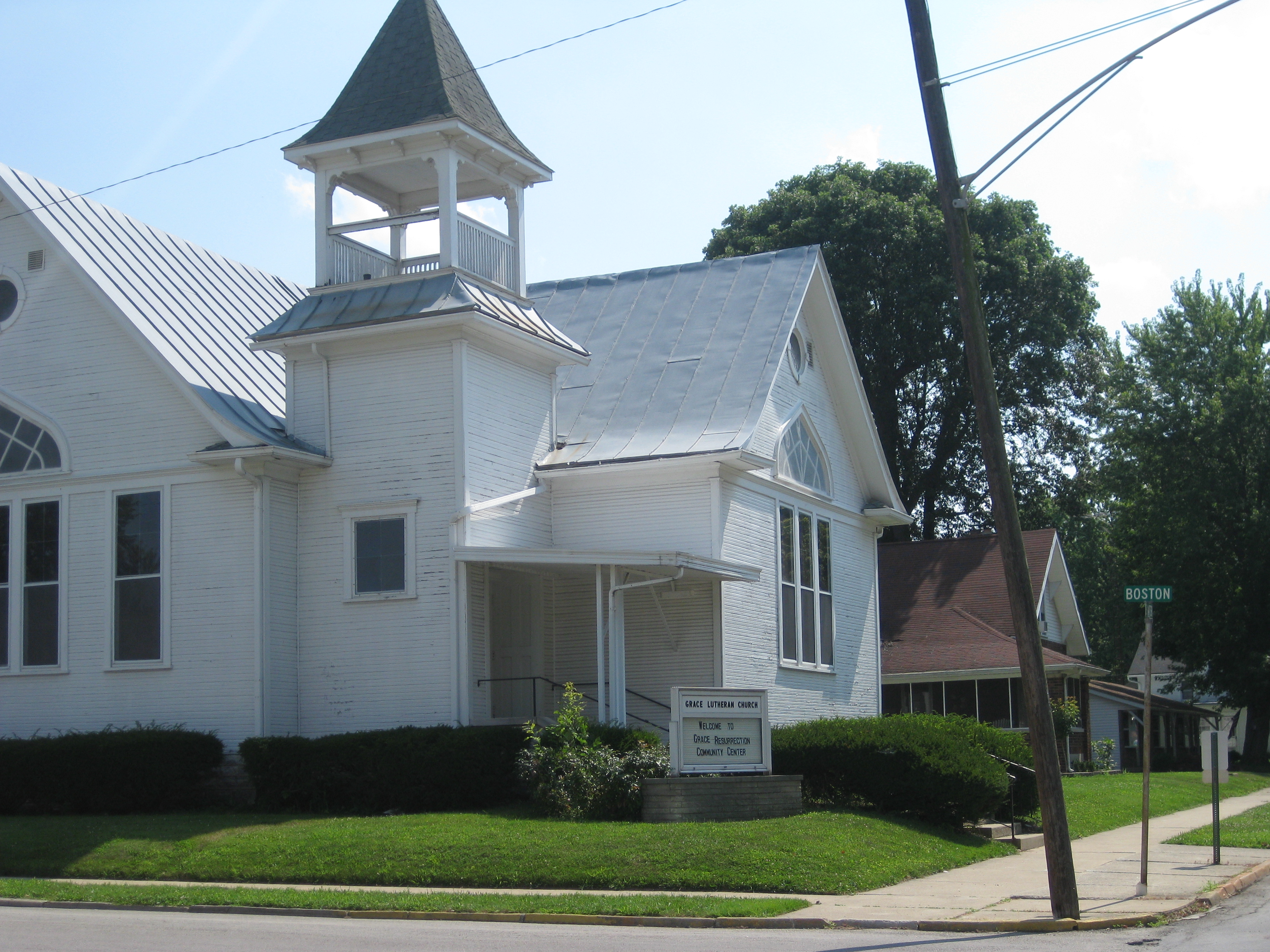 I also knew there were some family members that I couldn’t figure out and I wanted to check some of the smaller pioneer cemeteries in the area.

A lot of my peoples come from Neave Township in Darke County so I looked up a couple of the cemeteries around there and went searching for my surnames.  I started out in Oak Hill Cemetery in Fort Jefferson.  I’m not sure if Fort Jefferson is a town, village, or what.  It’s small and as far as I could tell there weren’t any stoplights.   I found a few headstones, but I still haven’t managed to try and match it up with those in my tree.

I then drove by the park (that sits where the fort used to be) and noticed another small cemetery down the street.  This was a really small one next to a Methodist Church.  I parked and started walking the aisles of stones.  Unfortunately I could only read about 50% of the inscriptions.  What I found very interesting was that some of the oldest ones were the easiest to read.  My only assumption was that it was harder stone.  I would like to know what they carved some of those very early headstones from.

As I was finishing my self-guided tour an older gentleman with a cane yelled from the road, “You finding what you’re looking for?”  I have to say that throughout this ENTIRE day I had about ten people ask me this.  People were so friendly and helpful.

I told him that I wasn’t really sure what I was looking for, but that I had some surnames that I was hoping to find.  I did find one or two in this small pioneer cemetery.  I found a Nyswonger.  It’s spelled a little differently than some of my peoples but it’s possible they’re still related.  Spelling in the 1800s seems to have been an afterthought.

Thus began the hour long conversation with the friendly neighbor.  He told me ALL about this street and what it used to look like when he moved here.  He bought this house over 50 years ago with his wife, Bert (Roberta) who just died two years ago, just sitting in the kitchen after breakfast.  He took me on a tour of his amazing garden.  His Asian Pear tree was spectacular and I suggested he try to sell them in Greenville.  He says he already does that, and smiled proudly.  He told me about his kids and his grandkids.  When he found out I was from Indianapolis he told me about all of his hiking adventures in Brown County, Indiana.  He was in a hiking and camping club.

One thing I had been wondering for a couple years now about this area was why does everyone have a metal roof.  It’s the opposite of how it is here.  When you drive around in Indy, almost everyone has shingles.  If you see a house with a metal roof it’s kind of rare.  In old-town Western Ohio if you see a house with shingles it’s rare.  Almost everyone has a metal roof.  I asked the man why he thought that would be.  He says, “Well, they’re more expensive but they last longer.”  This wasn’t an answer.  I asked, “Well, is there a state tax deduction or something for installing a metal roof?”  He said that there was nothing like that.  So….I’m still stumped on the roof issue.

After about an hour of chatting he reminded me that it was just about dinner time and I might want to head home.  He walked me to my car and saw me off.  He was very sweet.  I never even got his name, but I know where he lives.