One of the interesting things about doing genealogy is discovering “cause of death”.  I know it sounds a little morbid, but what’s interesting is how much has changed over such a short time in terms of actually assigning a cause.  Science is better.  Medicine is better.  Autopsies….probably better.

As I was finding info on a friend’s tree I came across the death notice for her gg-grandmother, a Mrs. May (Hunt) Stewart from Modoc, Indiana.  Never heard of Modoc?  Yeah, same here. 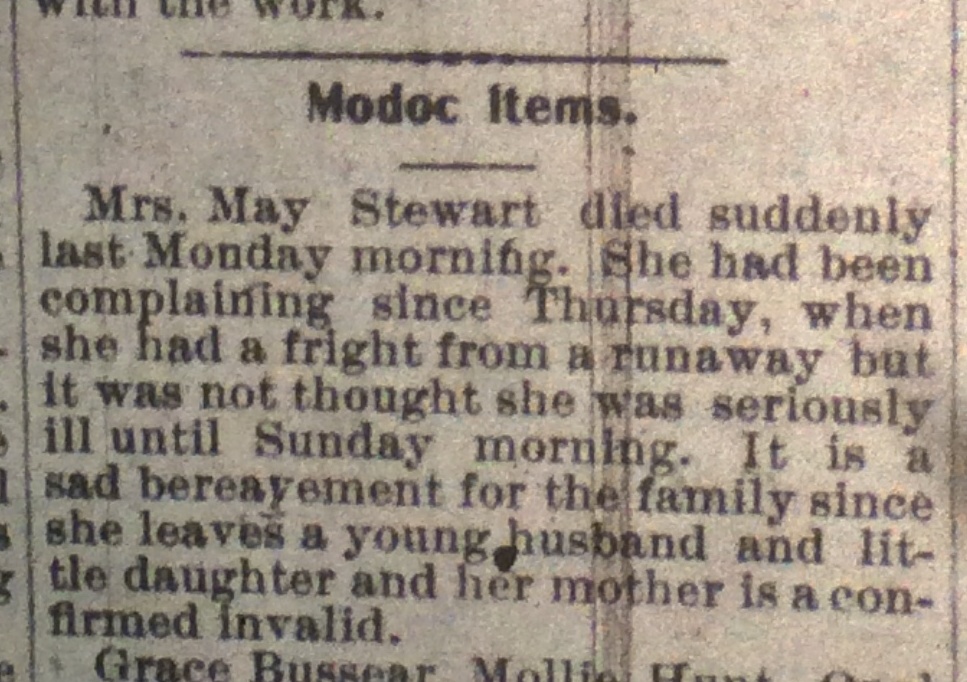 Death notice for May Stewart, April 1901.

So, the runaway is referring to a horse…not a teenager or a train.  I think she was actually on the horse.  So yes, that would probably give me a fright as well.  But would it scare you to death?

What do you think?  Scared to death?  Did she hurt something and didn’t recall because she had been so rattled?  Did she have a congenital heart defect?  A too-tight corset?  It’s a sad story but especially so because being frightened by a runaway horse doesn’t seem like a valid excuse to die at such a young age, just 21 years old.